Home Share Tweet Whatsapp
Next Story Are you a Soldier or a Skydiver?- Here is what your personality is like based on your sleeping position!
Featured India OMG! India

“Blurring the boundaries of gender”- These men indulge in a cross-dressing ritual to please their deity! The Kattankulgara Devi Temple in Chanara, Kerala has a ritual like none other, to obtain the blessings of their deity! Every year, for the festival of ‘Chamayevilakku’, thousands of men don the traditional attire of women and visit the temple with a lamp in order to praise the deity and fulfill their wishes!

This spectacle is considered a part of a traditional ritual. According to legend, a group of boys were playfully dressed up as girls and were offering food and flowers to a stone. Subsequently, the goddess showed up in front of the kids! This tale spread through the town, and soon a temple was erected around the stone. This stone is also considered as the deity, and some even acclaim the size of it has been growing in the past years!

This unique ritual has not only crossed the boundaries of gender! It has also traversed the lines of religion and race. Not only locals but men and women nationwide and a few foreigners have actively participated in this ritual as well. 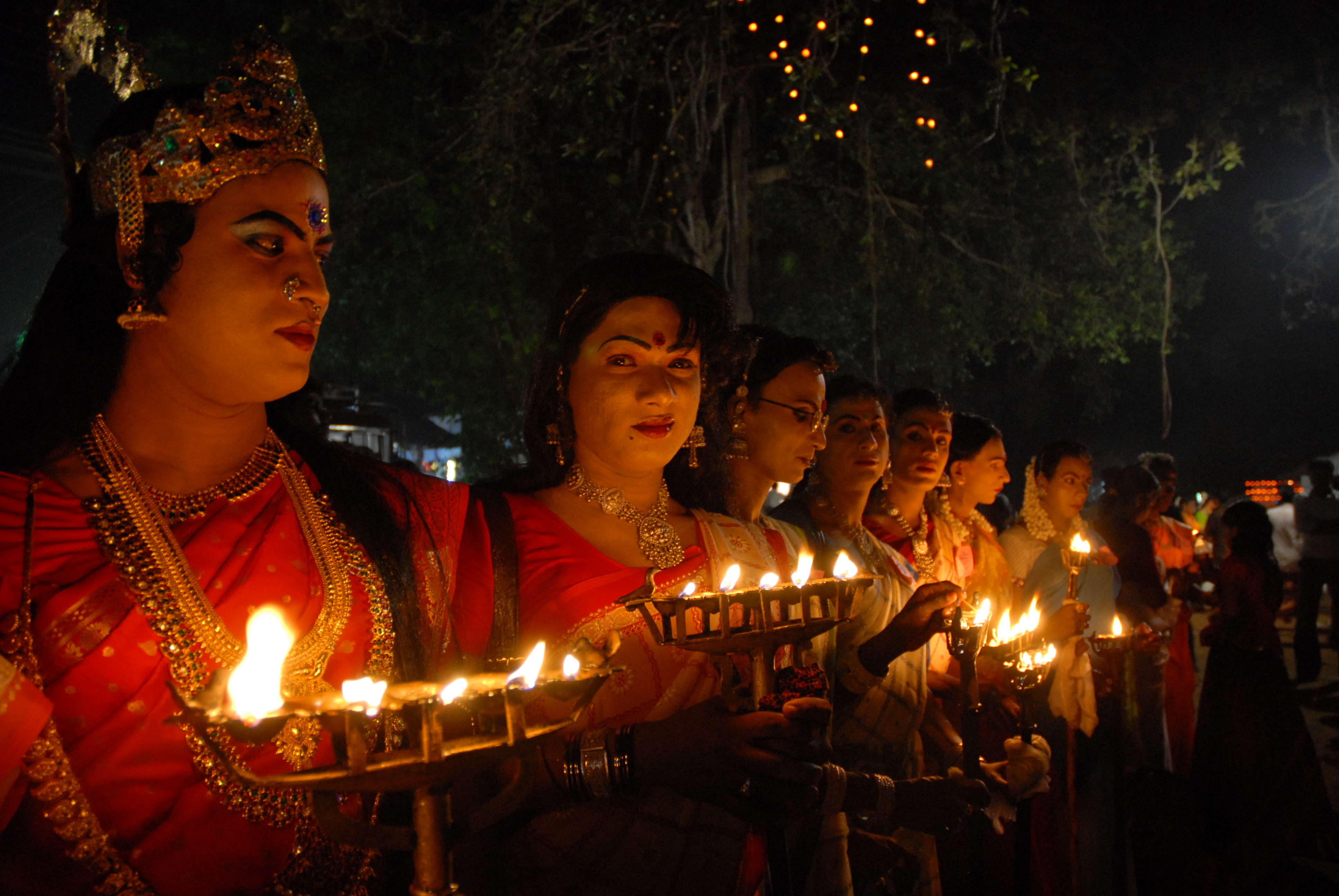 Furthermore, this ritual leaves absolutely no room for subtlety! Men go all out to dress up as women- from traditional clothing to heavy makeup and chunky jewelry. Previously, the female family members helped dress up the men. But, in an up and coming business, there have been temporary shacks erected around the temple! In these shops, beauticians dress and apply make-up to these people in prices ranging from Rs. 500 to Rs. 2000.

The most auspicious time to visit the temple is between 2 a.m. and 5 a.m., but there is a rush of people-donned as women- well until dusk, due to the immense popularity of this festival. In a male-dominated country like India, this ritual has definitely blurred the line of gender in its wake!